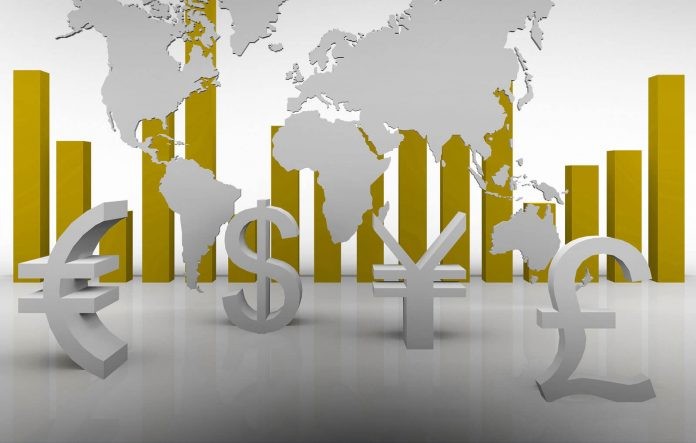 You are always required to get the knowledge on particular facts about foreign exchange rates regardless of whether you work in some foreign country or make daily international money transfers to assist your child studying abroad. This is needed to get as much as we can through the overseas money transfers. In spite of the fact that these days it is much more easier to allow banks or online remittance services take control of your money, there are still chances that you can lose a huge amount of money to FX spreads or the unrevealed prices that such institutions slowly charge from you. Therefore, a complete former education of FX rates and the process how market runs it is very much essential. If you think it is complicated to know about foreign exchange rates, We are here to help you and make it easier for you to understand the layman’s guide on FX rates. Let’s start people.

What Is Foreign Exchange Rate?

So, now let’s talk about what actually the foreign currency rate is. Let’s elaborate its definition. Foreign exchange rate refers to the value of a country’s currency as compared to that of another country’s currency. It is basically referred to as the domestic currency and the foreign currency, other names include the base currency and the counter currency. If the USD/AUD exchange rate is 1.30, it refers that it costs an individual 1.30 Australian dollars to purchase 1 U.S. dollar. The first currency recorded (USD) always refers to one unit of that currency; the exchange rate clarifies how much of the second currency (AUD) is required to buy that one unit of the first (USD).

What Is A Real-Time FX Rate?

Where Is The Foreign Exchange Market?

Foreign exchange market is basically an over-the-counter (OTC) market, in this market the trading is done straight between two parties without the interference of an exchange. It is in this way different from the stock markets where there is a centralized physical exchange. In existence, there is no foreign exchange market which is centralized. Participants in the OTC market are able to trade with each other via different communication techniques, for eg - the telephone, email, and proprietary electronic messaging/trading systems. When we talk about the trading volume, the foreign exchange market, whose participants incorporate banks, central banks, international corporations, investment management firms, hedge funds, investors and retail forex brokers, is till date the biggest market all over the globe.

How Do They Decide These Rates?

The demand and supply of currencies describe the forex spot rate when we talk about how the rates are decided. Banks from all over the globe are purchasing and selling various currencies to meet their client’s needs for trade or to exchange one currency. A demand and supply of U.S. dollars are created by the sum total of all the banks purchasing and selling dollars. As for example, if the demand for dollars increments in any market, then the dollar will praise in opposition to other currencies. And on the other hand, if the demand comes down, then the dollar diminishes in opposition to the other currencies. The rates are decided by all the banks involved bidding and providing currencies long full days within each other.

What Are Foreign Exchange Rates Used For?

Don’t know what foreign exchange rates are used for? Let us tell you all. For trading in the foreign exchange market, the foreign exchange rates are used. Also, such rates are used to remit money overseas and other purposes. To put forward a transaction in foreign exchange, they assist as a reference point for two parties which are interested. Do Banks and Online Remittance Service Providers Give Their Customers Real-Time Rates? There are more chances that you won’t get the market price that the traders get when you go to the banks and most online providers with the purpose of converting currencies. Price will be increased by the bank, remittance firms, and even the currency exchange house so that they can create a profit. If the USD/AUD cost is 1.30, according to the market it costs 1.30 Australian dollars to purchase 1 U.S. dollar. Though at the bank, it may be priced at 1.40 Australian dollars. The difference between the exchange rate of market and the exchange rate charged by banks is where banks part of their gain. In order to calculate the percentage variance, take the difference between the two exchange rates, and divide it by the market exchange rate: 1.40–1.30 = 0.10/1.30 = 0.076. Multiply by 100 to get the percentage markup: 0.076 x 100 = 7.6%. Although, since it is an OTC market, you do not get to look into the exact cost at which your currency is converted by the bank.

Are Banks and Online Remittance Service Providers Allowed To Add A Markup And Charge Fees?

It is an approved trade practice and not at all illegal. When we look at it from the client’s point of view, we’ll find that it’s unfair from their point as they end up losing a particular part of their hard-struggled money to the money transfer service provider.

How To Verify If The Rates Offered To Me Are Real-Time?

Exact conversion price can be checked live on sites which include the Reuters, Google, xe.com, Bloomberg, etc. These come under some of the most well-founded sources for live or foreign real-time exchange rates. Without fail, there will be some sort of difference between the rate provided by your bank, money transfer operator, and what you look on these sites.

Can Banks & Other Online Sites be Sued For Adding Markup To Their FX Rates?

It’s a legal business model so that’s not basically an option. The banks who are regulated by the Central Bank do not direct banks on the foreign exchange conversion rates that are being charged to the clients. But there is one thing, you can completely ignore illegal FX rates by going for a remittance platform such as the InstaRem which provides you real-time foreign exchange rates on your international transfers of money.